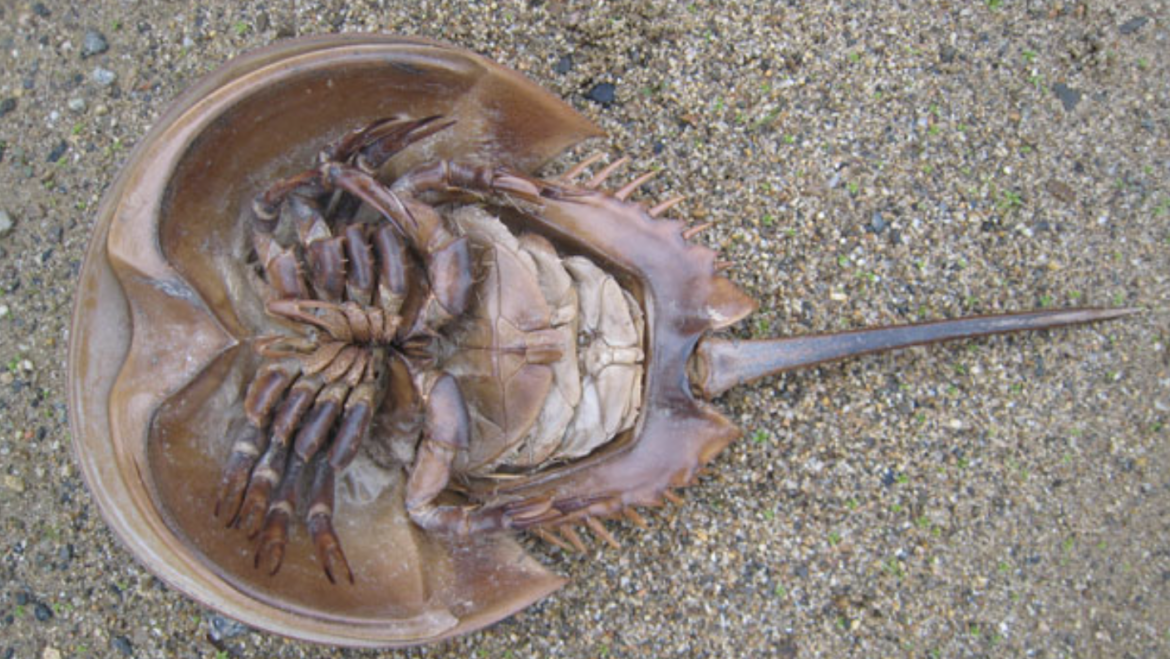 Have You Found a “Dead” Horseshoe Crab on the Beach?

Leigh posted this comment on one of our YouTube videos. I hear similar statements often from teachers, parents, or staff at sea animal programs, as well as at Barnes & Noble Author Events. I thought I’d share this comment, and shed some light on what all of those “dead” horseshoe crabs found on the beach may really be:

Comment: Leigh: Thank you for this video, my grandmother and I discovered a washed up, actual dead one today on the Potomac river. I haven’t checked whether or not it’s a male or female because I did not know until I had researched them. I truthfully didn’t even know they existed. Thank you very much for this. ^-^ 🙂

Reply: Leigh, horseshoe crabs molt when it’s time for them to grow, and shed their shell, just like snakes will shed their skin. The horseshoe crab’s old shell, that he’s just come out of, will often wash up on shore, and people think they’ve found a dead horseshoe crab.

The way you can tell a dead horseshoe crab from a molted shell is to turn the shell upside down, and look at the very front of the shell. If there’s a split right along the edge of the horseshoe shape, leaving a slight opening, then you have a molted shell and the horseshoe crab is still swimming around in the ocean in a new, bigger shell. This opening on the shell’s underside, right in the front, is where the horseshoe crab left its old, smaller shell. His new shell is about one third bigger than his old shell, and it will be very soft when he first comes out, so he can fit through the opening. Gradually, the new shell will become as hard as the old shell was.

So take a peak at the shell that your grandmother and you found, and see if it has an opening on its underside in the front. If it does, you can rinse it out and keep it as a souvenir of your trip to the beach. You won’t have to worry about it smelling, because the horseshoe crab that lived in it isn’t there anymore. He’s swimming around in his new, bigger shell, and you may meet him next time you go to that beach!