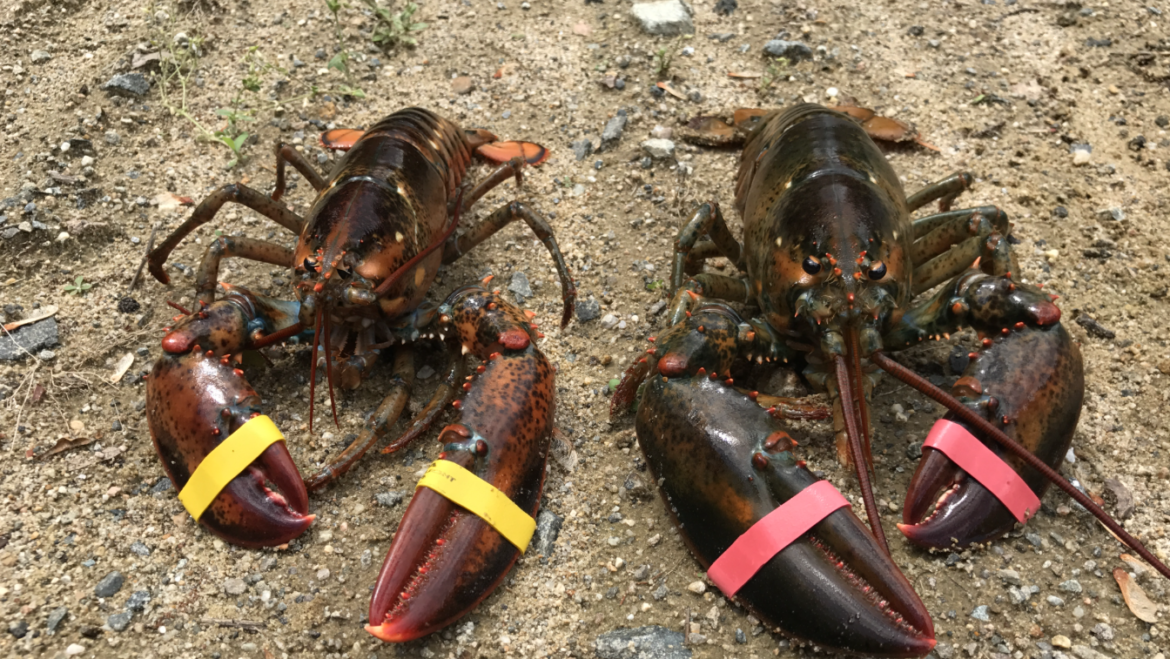 Did you know that the crusher claw of a lobster can be found on either the left or right side of a lobster? Since this is the lobster’s dominant claw, if the lobster’s crusher is on its right side, it’s considered a right handed lobster. Pictured are two lobsters that dropped their crusher claws to escape danger, just like the blue lobster in the book, Something’s Tugging on My Claw! They are in the process of growing new crusher claws back. One is left handed, the other right handed. Can you tell which one is which?