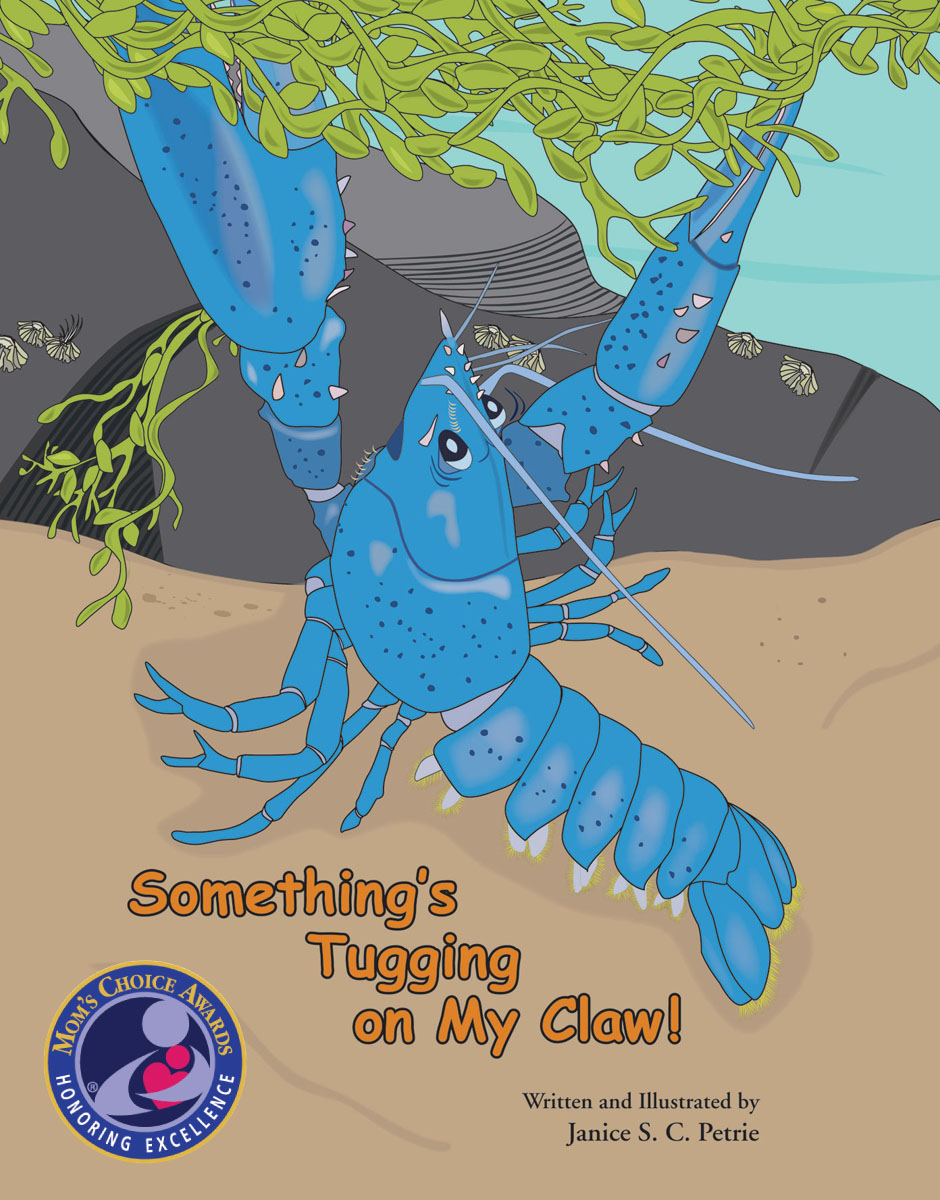 Midwestern Book Review surprised us by publishing a review of “Something’s Tugging on My Claw!” It’s great to have some exposure in the Midwest. Here’s the review, if you’d like to take a look. (It’s the fourth one down. Nice to be in the company of some top notch publishing houses!):

“Something’s Tugging On My Claw!” is a colorful, authentic and accurately illustrated story about a young blue lobster’s adventure experience trying to discover what creature was tugging on his claw. Told in rhyming narrative verse, the story immediately describes an amazing ability possessed by blue lobster, when threatened or trapped, they can shed or drop their claw. The young blue lobster does this, then hides all night and day until danger is gone. Hungry, and with only one claw to catch food, he swims on. He observes a Jonah crab, wondering if he is the creature who tugged on his claw. The Jonah crab becomes caught in a lobster trap. Next the blue lobster spies a swordfish and observes him hunting an octopus. Escaping by using his tail to swim backwards, the blue lobster encounters a horseshoe crab, wondering, is this the claw tugger? The blue lobster is warned by another darker lobster that the horseshoe crab is not his claw thief. Instead, his claw was tugged by….. a man! The old lobster counsels camouflage and hiding far away from the shoreline, since the blue crab’s color makes him attractive to the curious. Then an amazing transformation happens to the blue crab: his old shell splits and he crawls out with a brand new shiny blue shell. Fascinating facts about sea creatures and lobsters are offered by little observer fish creatures, such as, “He’s molting. Once he’s out, he’ll eat his old shell while he waits for his new shell to harden.” Finally the new blue lobster emerges, now with a second smaller claw, a pincher, to complement his crusher claw. The bigger blue lobster wisely keeps his claws under cover. The final two pages of “Something’s Tugging On My Claw!” lists fascinating details of lobster facts, including a labeled model of a handsome blue lobster. “Something’s Tugging On My Claw!” is appealing to young readers from ages 3-10, and contains many valuable lessons of lobster lore.