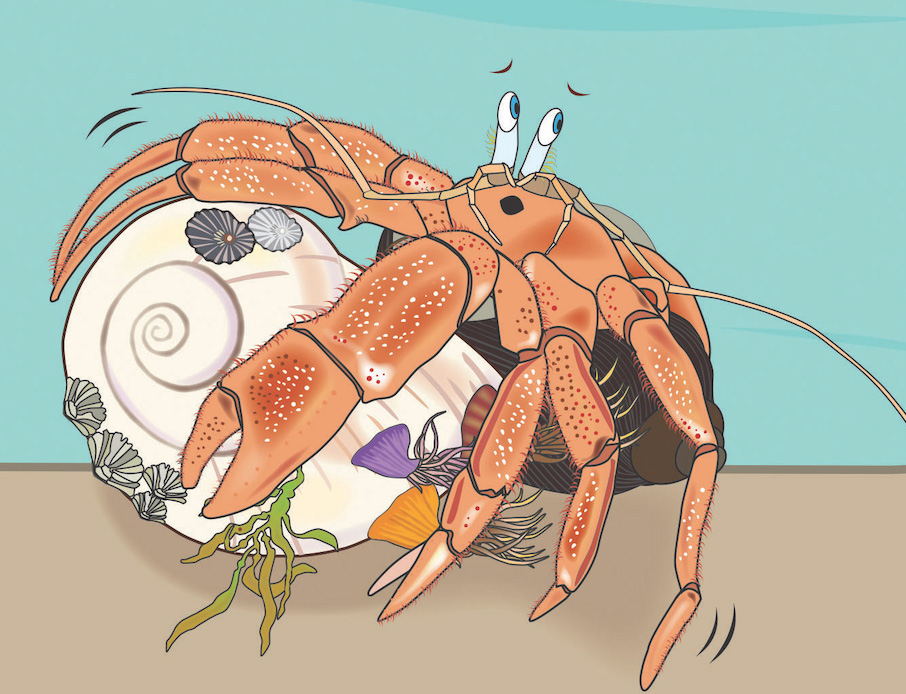 Clarion Review for “The Lucky Hermit Crab and Her Swirly New Shell!”

“The Lucky Hermit Crab and Her Swirly New Shell is an informative picture book about a young hermit crab who learns to accept change and let go of outgrown treasures.

A young hermit crab has grown too much to remain inside the shell that she has. While clambering across the ocean floor, she only finds shells that are too big, too small, or already occupied. But following a storm, a pretty shell falls in front of her. It’s a perfect fit.

Before long, the hermit crab outgrows this new shell too. Refusing to leave her swirly shell to find one that’s a better fit, she places herself in danger of being attacked by an octopus who wants to eat her. ﻿Spurred on by the scary situation, she moves into a safer, more roomy shell, leaving the swirly shell for another, smaller, hermit crab to call home.

This is a story about growth—and about outgrowing certain circumstances. The hermit crab learns that change can be hard and giving up what you love can be scary. Still, she recognizes her need to let go of the swirly shell so that she can continue growing and surviving.

Written in flowing rhymes, this lighthearted story also delivers educational information about sea creatures. Beyond the hermit crab herself, three fish and an octopus are present. While the octopus is silent and lurking (a subtle but efficient villain to push the hermit crab to move on), the fish share their insights into the young hermit crab’s situation in word bubbles, alongside other fascinating facts. And at the book’s end come two pages of additional information on hermit crabs and octopuses that reinforce the book’s place as a teaching tool.

Detailed and colorful, the illustrations keep the particulars of sea life in mind with their renderings of the hermit crab, her fellow creatures, and the terrain of the ocean floor. The octopus is a stealthy presence here, too, and young readers will have fun searching it out as it camouflages itself in the surrounding habitat.

The Lucky Hermit Crab and Her Swirly New Shell is an informative picture book about a young hermit crab who learns to accept change and let go of outgrown treasures.” – Reviewed by Alex Dailey
September 12, 2022 – Clarion Reviews